It has happened again – the Barfoot & Thompson New Zealand Badminton Open 2019 has raised the bar – with the deepest and highest quality assembly of world class badminton players the country has ever seen set to thrill crowds at Eventfinda Stadium from April 30 to May 5.

With the release of the entry lists from the Badminton World Federation (BWF), fans will want to be quick to purchase tickets for the Super 300 event on the HSBC BWF World Tour (one of just 11 worldwide), with every event on the programme promising badminton like never seen before in New Zealand.

Event Director Sam Paterson admits that he is pinching himself to make sure it is all quite real, such is the quality and depth of the entry list as it stands a month out from the event.

“This is just beyond our wildest dreams and puts all our previous entry lists in the shade – wherever you look there is class. We have world and Olympic champions, we have countless top ten world ranked players – there is no doubt the 2019 event is going to be something very special from day one.”

Amongst the many features of the entry list, is the quite ridiculous and never before seen entry of the entire top ten in the world rankings of women’s doubles combinations.

“First we must be incredibly proud of this event and the reputation that it has built up over recent years. The players love coming here, they know they will be looked after, they love the city and they love the amazing crowd support throughout the event.

“We are also the first World Tour event in the qualification window for the Tokyo Olympic Games, that is likely to be an influence as players look to gain early traction on their road to Tokyo 2020.

“And unlike previous years, we are relatively isolated in regards any clashes with other big events. The timing is perfect coming ahead of the Sudirman Cup and just after the Singapore Open.” 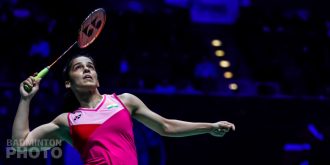 One down side of such a stacked entry list is just how difficult it is for New Zealanders to reach the main draw, with even a spot in qualifying a big ask based on the world rankings, says Badminton New Zealand Chief Executive Joe Hitchcock.

“Clearly this is a hugely aspirational event for our players and currently we don’t have any that will automatically be in the main draw,” said Hitchcock. “But what better incentive for our current crop of hugely promising young talent at the top of our rankings than to have such a quality event played in our own backyard. I have no doubt that we will have many players and combinations doing all they can to advance through qualifying and get the shot at playing the best in the world.”

Tickets for the event go on sale today via the official website tickets.nzbadmintonopen.com with Badminton New Zealand ready for a rush in demand given this announcement. This is even more so given the continued revamp of the Eventfinda stadium and the increased comfort and level of hospitality planned for the event.

“The team at Eventfinda Stadium have done an amazing job of transforming the stadium into a modern and world-class venue for this event. We have plans to provide even more off-court entertainment and interaction with the players, as well as an international offering of cuisine inside and outside the stadium for fans to enjoy while at the event.”